History of the Regiment

The 9th Foot were raised in 1685 by James II as "Henry Cornwalls Regiment of Foot" in response to the Monmouth Rebellion. The 9th served with distinction in the wars throughout the 18th Century.

A Royal Warrant was issued on 1st July  1751 confirming the facing colour of the 9th as yellow. In August 1782 the 9th were designated the "9th or East Norfolk Regiment of Foot".

The regimental badge for some years had been "Britannia". It is believed that this distinction goes back to the 9th's service in Spain and Portugal in 1704 but its use as a regimental badge was only sanctioned by Royal authority on 30 July 1799.

During the Napoleonic wars the Regiment was at the forefront of the fighting and gained the nick names of the “The Fighting Ninth” or the “Holy Boys”. The accepted version for this latter nickname is that it resulted from the Spanish and Portuguese peoples mistaking the Britannia badge on the soldier's crossbelts for the Virgin Mary. However a letter written by Lt George Barlow of the 52nd in 1809 states that the 9th were known as the "Bible Boys" because the 9th's Commanding Officer had issued each soldier with a bible.

The 1st Battalion of the Ninth  were awarded the following battle honours: Rolica, Vimiero, Corunna, Busaco, Salamanca, Vittoria, San Sebastian, Nive and Peninsula. They also fought at numerous smaller engagements and were part of the force sent to Walcheren in the Low Countries. The 2nd Battalion were awarded the battle honours of Vimiero and Barossa.

After the Battle of Corunna members of  the 9th undertook the melancholy task of digging a grave for Lt Gen Sir John Moore, the British Commander, who had died of the wounds he sustained during the Battle.

The 9th were sent to Canada in 1814 to defend Lower Canada against attack by American forces. They saw no action in Canada before the peace treaty between the United States and Britain was signed. The 9th were recalled from Canada when Napoleon regained the throne of France but arrived too late to take part in the Battle of Waterloo.

The 1st Battalion was commanded by Lt Colonel Cameron following the death of Lt Colonel Stewart at Rolica in 1808. Lt Col Cameron remained with the 1st Battalion throughout the Peninsular War and left the Regiment in 1821. Lt Colonel Cameron was a strict disciplinarian and as a result earned the nickname of the "Devil". However his methods did work and during the 9th's stay in Canada the 9th was one of only two regiments that suffered no desertions despite the bribes being offered by the Americans for those who did desert.

The 9th has served this country with distinction from its foundation in 1685 and continues to do so today as part of the Royal Anglian Regiment.

3. Through Spain with Wellington - The Letters of Lieutenant Peter Le Mesurier of the "Fighting Ninth" - Edited by Adrian Greenwood (2016)

4. Personal Adventures of a Young Officer during Walcheren and the Penisular War - The Memoirs of Ensign Edward Watson, 9th (East Norfolk) Regiment of Foot, 1808-11 - Edited by Gareth Glover (2017)

5. Historical Records of the Ninth, or East Norfolk Regiment of Foot - Richard Cannon (1848)

The 9th attended a 2 Brigade event at Kentwell last weekend. Photos in the Photographs section. The 9th is recruiting for 2022. If you are interested in joining the Regiment please look at our FAQs page and email the 9th at info@9theastnorfolk.co.uk. 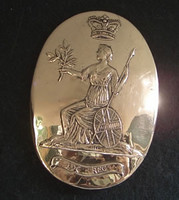